Our site saves cookies on your device in order to better personalize content and track traffic. You can disable the usage of cookies by changing the settings of your browser. By browsing our website without changing the browser settings you grant us permission to store that information on your device. Learn more.

Internal expertise and technology combined with help from our partners allows us to offer the highest quality regarding carbon sequestration projects. We also select projects that have co-benefits on their local community and environment.

Huóshuĭ Small Hydropower consists of 88 small hydropower plants. The small-scale plants range in capacity from 0.1 to 14 MW, and together supply enough renewable energy to power over half a million average Chinese homes each year. Their run-of-river design allows them to do so with minimal environmental impact. The cost of developing hydropower plants in remote locations is a significant barrier to construction, so this project would not be possible without the revenue generated by carbon credits.

The replacement fuel-efficient stove will lead to a significant reduction in the annual usage of biomass for users. The improved stove has been designed to balance efficiency, safety, cost, stability and strength with a focus on using locally available materials.

This project harnesses the strong prevailing winds along Taiwan’s west coast. The wind farms consist of 62 wind turbines that generate over 480,000 MWh of clean power on average each year, which is supplied to the local electricity grid.

To keep methane from damaging our climate and to make use of its potential as a sustainable energy source, this project has set up a landfill gas collection system to manage both solid waste disposal and local energy supply in a sustainable way. The landfill is covered, and via wells and pipes the captured methane is then fed into gas processing systems and finally burnt in four incineration units, each with an installed capacity of 1.25 MW. In the end, the generated electricity is fed into the grid to supply the inhabitants of Suzhou with clean, non-fossil energy.

Sustainable Farming for the Future

The ‘Sustainable Farming for the Future’ project is strongly committed to promoting earth friendly farming practices. In particular the project aims to restore vital nutrient-rich top soils, also known as ‘humus’, on over 10,000 hectares of agricultural land across Germany. In healthy, humus rich soils, habitats are strengthened, biodiversity thrives and groundwater production is improved. Food production improves as a result of an overall healthier environment and as soil becomes more fertile it is more resilient to extreme weather fluctuations. Each CarboCert Humus certificate is bundled with 1 ton of avoided greenhouse gas emissions from a Gold Standard or Verra certified project.

This project restores and repairs existing boreholes to provide clean drinking water to Rwandan communities, removing the need to boil water for purification. Each borehole is up to 100 metres deep, and can be operated with a simple hand pump. The boreholes will be maintained over the project lifetime.

This project capitalises on Laos’ enormous hydropower potential to supply the surrounding region, and particularly the rural communities, with a sustainable source of clean energy. This run-of-the-river hydropower station harnesses flowing water to provide enough clean electricity for the needs of over 110,000 people in Laos each year!

On North Afognak Island, 40 miles from Kodiak City, the Afognak Forest Carbon project area comprises 8,219 acres of low elevation, coastal temperate rainforests. The project prevents carbon emissions by protecting these forests from logging in the baseline scenario. From 2005-2009 the American Land Conservancy (ALC) and the Rocky Mountain Elk Foundation (RMEF) acquired the project properties previously managed for timber production for conservation in perpetuity. 15% of productive land in the area, subjected to clear-cut logging since the 1980s, had been left to regenerate naturally, with little success. The remaining unlogged areas remain covered by native, old-growth 200-year-old Sitka Spruce forests, lakes, wetlands and small streams.

This project involves six wind farms located in two different sites, Kafeate and Prony, on the island of New Caledonia. The sites were installed by the company Aerowatt and consist of 116 wind turbines providing a total capacity of 31 MW with an estimated yearly production of 40 GWh of electricity which is then exported to the New Caledonian grid. The project, therefore, replaces grid electricity that is 80% produced by fossil-fuel power plants.

The existing process has been modified into a closed loop system that captures the methane emissions and uses them to generate heat and electricity for the factory. The project not only reduces GHG emissions by avoiding the release of methane into the atmosphere, but also by reducing fossil fuel consumption.

The Lacandon Forests for Life project reduces deforestation by controlling illegal timber extraction and assuring the legality of land use through sustainable forest management. The project also aims to address the cause of deforestation by improving the livelihoods of communities located within the National Park and surrounding areas. This includes the strengthening of governance through cooperatives, supporting sustainable economic livelihoods through technical workshops, and increasing environmental awareness through training.

Our unique EcoAustralia product provides the opportunity to support the regeneration and preservation of Australia’s biodiversity and measurably address global climate change, at the same time. Each EcoAustralia credit consists of one Australian Biodiversity Unit, equal to 1.5m2 of government-accredited, permanently protected Australian vegetation, bundled with 1 tonne of avoided greenhouse gas emissions from a Gold Standard certified project. The Australia Biodiversity Unit supports the Mount Sandy Conservation project, which is located on South Australia’s Limestone Coast. The project covers the traditional lands of the Ngarrindjeri people, Traditional Custodians of the Coorong – and is a rare pocket of intact native vegetation in the region. The project brings together indigenous and non-indigenous communities of Australia by promoting traditional land management for biodiversity conservation.

Spanning 36,000 acres in South Dakota, this wind power project is a product of innovative community collaboration between 3 parties. In total the wind farm comprises 108 turbines: Basin Electric Power Cooperative (BEPC) owns 100; a group of south Dakotans, South Dakotan Wind Partners own 7; and 1 is owned by Mitchell Technical Institute (MTI). The Crow Lake Wind project harnesses the wind to power homes with clean electricity, displacing energy generated from fossil fuels. The total installed capacity of the project is around 162MW, 1 MW serves around 800 homes, so at full capacity, 129,000 homes can be served!

Clean Tech for the Steel Industry

Waste gas from the blast furnaces and coke ovens at the Antai steel mill is captured and used to generate electricity, which is then recycled for the plants use. The project improves local air quality by avoiding uncontrolled gas emissions, and a modernised water cooling system considerably reduces the water consumption of the plant.

This grid-connected, run-of-river hydroelectricity plant is built on the upper banks of the Musi River near Sumatra’s port city of Bengkulu. By harnessing the kinetic energy of powerful running water, the Musi River Hydro plant has a total-installed capacity of 210 MW and delivers over 765,000 MWh to Sumatra’s grid every year – that’s enough to meet the demands of over 700,000 Indonesians on average each year!

The Za Hung Hydropower Plant has two turbines with a total installed capacity of 30 MW and an annual output of over 120,000 MWh. The plant provides clean electricity to about 19,870 homes and helps the country to meet its growing energy demands. By offsetting the grid with clean electricity, the use of coal-fuel is reduced and as a result, less greenhouse gases are emitted into the atmosphere.

Clean Cookstoves for the Mamize Nature Reserve with WWF

The project is distributing 400 affordable fire-saving cookstoves to rural families living around the Mamize Nature Reserve in southwestern China. The cookstoves are reducing the amount of wood-fuel needed and smoke produced when cooking by adding an additional chimney and proper air supply system, which enables the fuel to fully burn and extracts the smoke out the room. The project was designed following stakeholder consultations with the local community to ensure their needs were met.

The project is planting teak trees on degraded land in the states of Tabasco, Chiapas and Campeche, in the south of the United States of Mexico. Part of the areas will be used for sustainable commercial purposes and part will be protected conservation areas to allow wildlife and biodiversity to thrive.

The Kariba Project protects almost 785,000 hectares of forests and wildlife on the southern shores of Lake Kariba, near the Zimbabwe-Zambia border. One of the largest registered REDD+ projects by the area, it connects four national parks and eight safari reserves, forming a giant biodiversity corridor that protects an expansive forest and numerous vulnerable and endangered species – including the African elephant, lion, hippo, lappet-faced vulture, and southern ground hornbill. As well as this, the project implements numerous community-focused initiatives detailed below.

To replace thermal and fossil fuel-based energy, this project installs a 70 MW solar power facility in Bhadla village to harness Rajasthan's famous sunshine. It reduces the emissions of harmful greenhouse gases, instead exporting clean and renewable energy to the Indian national grid. In doing so, this project will work towards India’s national progressive energy target of reaching 100GW of solar energy capacity by 2022.

The Bac Lieu wind farm involves 62 wind turbines installed in two phases, each with a capacity of 1.6 MW, resulting in a total installed capacity of 99.2 MW. The project generates approximately 327,826 MWh of clean electricity on average annually, which is fed into the national grid. It contributes to bridging the supply-demand electricity gap, and is an important investment for Vietnams renewable energy supply strategy.

This innovative project aims to address the environmental impact of municipal landfills by pre-sorting and classifying solid waste, recycling plastic and then treating remaining organic matter with advanced composting technology. To drive circularity the final product of organic compost is then sold as high-quality bio-fertilizer – producing over 53,000 tonnes each year. The facility treats 432,000 tons of solid waste per year, daily that’s around 1,200 tons. 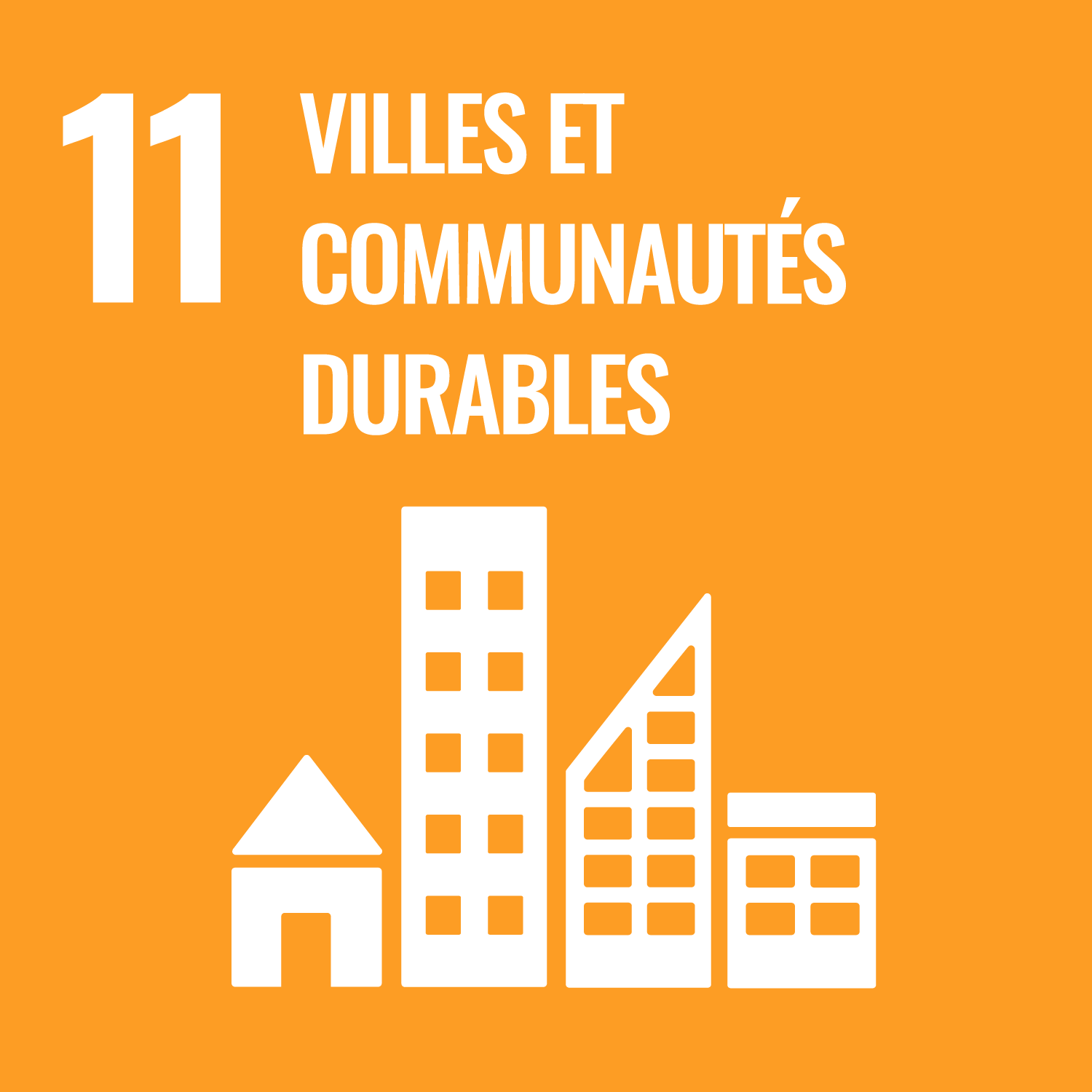